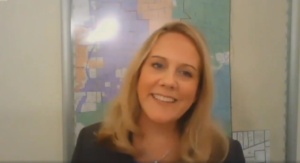 “The governor needs to step in and lead on this issue,” Republican Rep. Grant Wehrli of Naperville said during an online press conference with the House Republican Caucus. “Call a special session.”

Republican state representatives also said they want the speaker to resign. Madigan contends he has committed no wrongdoing.

ComEd has admitted to conspiring with a public official identified as Madigan to hire his allies and award contracts to cronies in exchange for favorable legislation that enabled rate hikes between 2011 and 2019.

The utility was charged with bribery and agreed to a $200 million fine that will not be paid through surcharges or fees on customers, the FBI and federal prosecutors announced Friday.

But “we know where the money’s coming from,” Republican Rep. Deanne Mazzochi of Elmhurst said.

Meanwhile Pritzker said Monday “if these allegations implied in this information about ComEd are true, the speaker would have to step down and that applies to all leadership positions.”

Also Tuesday, Senate Republicans issued a statement saying, “Michael Madigan can no longer serve as speaker of the Illinois House, and he should step aside from this leadership position immediately.”

Senate President Don Harmon, an Oak Park Democrat, said “the admission of wrongdoing by ComEd is enormously troubling and will likely require a legislative response. I’m continuing to watch and gather more information from this unfolding federal investigation.”

Mazzochi referenced related bribery charges against Rep. Luis Arroyo of Chicago and Sen. Martin Sandoval of Cicero. Both Democrats have stepped down from their positions and Sandoval pleaded guilty amid a wide probe conducted by the U.S. Attorney’s Office for the Northern District of Illinois.

Democrats have offered different reactions to the scandal, ranging from silence to qualifying calls for Madigan to step down similar to Pritzker’s, noting the allegations have not been proven.

Some like Democratic Rep. Anna Stava-Murray of Naperville have called for Madigan to immediately step down as speaker and chairman of the Illinois Democratic Party.

Through various campaign funds, Madigan has a massive war chest and his support or lack of it can change the fate of a Democratic lawmaker’s career.

“Stop taking his money, that’s how he controls you,” Wehrli said.

Lawmakers also are pushing for ethics reforms such as prohibiting former legislators from taking jobs as lobbyists, Rep. Dan Ugaste of Geneva said.

“I couldn’t believe that was legal,” he noted.

John Patterson, a spokesman for the Senate Democrats, noted that a joint committee on reforms “was making progress prior to the pandemic and we look forward to finding ways to get back on track.”

Democratic Sen. Cristina Castro of Elgin said “it’s clear there is more work to be done on ethics reform, but before all 177 of us rush back to Springfield to tackle this complex issue during a pandemic, I think it’s important we have some consensus on what we’re doing and what we can agree on.”

She added, “I believe that if a politician is found guilty of corruption, they should be held accountable.”